The crimes and tragedies that tear apart one family seem overblown in the telling, yet this psychological drama about the miseries of one French policeman is compelling throughout. Jean (Pierre Arditi) is a cop and also a failed novelist who was abandoned by his father, brother, and sister after his mother died. The trio move to Paris where they set up an art scam that nets them considerable cash -- something Jean begins to figure out when he joins them for a family reunion. Little by little, he learns that his father is an expert forger, his stepmother's art gallery seems to be involved in the scam, his brother is a derelict and into drugs, his stepmother is a hooker in addition to all of this, and his sister runs an exercise gym for keeping prostitutes in shape. Things get worse -- just when everything seems bad enough, the stepmother is murdered and it is up to Jean to find the killer. 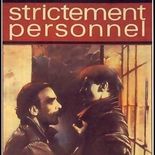