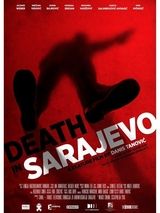 Sarajevo on 28 of June, 2014. At the Hotel Europa, the best hotel in town, the manager Omer prepares to welcome a delegation of diplomatic VIPs. On the centenary of the assassination that is considered to have led to World War I, an appeal for peace and understanding is supposed to start from here. But the hotel staff have other worries: having not been paid for months, they are planning to go on strike. Hatidza from the hotel laundry is elected strike leader even though her daughter Lamija, who works in reception, is firmly against industrial action. Meanwhile, in the sealed-off presidential suite, a guest from France rehearses a speech. Elsewhere, a television reporter conducts interviews about war and its consequences. Was Gavrilo Princip, the 1914 assassin, a criminal or a national hero? What long shadow does his deed cast into the present?