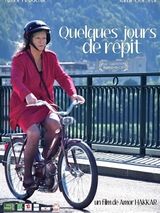 Mohsen teaches French at the University of Tehran, and Hassan is a photographer. Mohsen and Hassan are also lovers, and in Iran they live in fear, as homosexuality is punishable by death. Tired of denying their love, Mohsen and Hassan flee Iran to head to Paris, where they'll be illegal aliens but can at least live openly as a couple. To avoid arousing suspicion until they arrive in Paris, Mohsen and Hassan keep their distance while traveling, and during a train stop, Mohsen helps a sixty-ish women, Yolande, with her luggage. The two strike up a conversation and she clearly enjoys his company; over dinner, she offers to help him find work in town and let him stay at her apartment. It's clear to Yolande that Mohsen is an illegal immigrant, but she doesn't realize that he's gay, and he finds himself wondering if he should stay with Hassan or live with Yolande, where he would not have love but would enjoy safety, security and could easily become a French citizen through marriage. 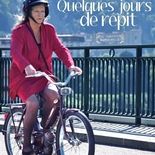