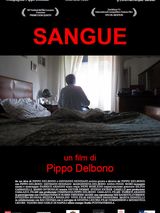 End of 2011. Pippo Delbono and Giovanni Senzani, the former leader of the Red Brigades recently released from prison, decide to get back together on their relationship with violence, with dreams of revolution, with the world today, and Italy in ruins. For a book, or a movie ... But the reality is that almost making mock of their projects, the death surprises them. Pippo rushed to the bedside of his sick mother, a fervent Catholic and a former elementary school teacher who hated the Communists ... While Anna, after waiting 23 years, her husband Giovanni came out of prison, gets sick in turn. Despite their efforts, the two women die three days apart. Pippo and Giovanni suddenly find themselves orphans, vulnerable, exposed. Meanwhile, L'Aquila, the city disfigured by the earthquake and emptied of its inhabitants, the city of promises and political campaigns, today also lonely and orphaned, abandoned, waiting for someone to finally bring her back to life.