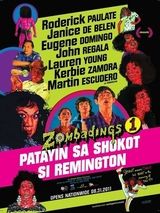 Remington lives in a small provincial town. He’s a typical macho. During the day he works his ass off and at night he gets drunk to blow off steam. As a child Remington mercilessly harassed his homosexual neighbor until the man put a curse on him. One day Remington would turn gay. And it seems like the curse is slowly but surely working its magic. Remington is being forced out of a closet he never thought he’d be in. First his body language turns pink, then the way he talks and finally his sexual preference. Poor Remington finds himself entangled in a confusing threesome with his best friend and girlfriend. In the meantime his mother, a police officer, tries to find the perpetrator of a series of murders in the city’s gay and transsexual community. And the victims do not intend to remain under ground. They’re coming out of their coffins, Gloria Gaynor style ! 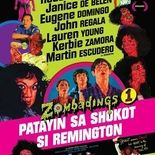