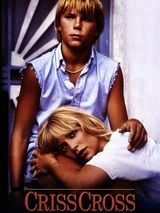 Set in 1969, a twelve-year-old grows up in Key West with his mother, who is paying the bills by stripping at the local topless bar. The boy finds out about her activities and tries to convince her to stop, to no avail. A local restaurant owner hires him to collect fish from a boat out in the bay, and the boy discovers that the restaurant owner is using the fish to bring drugs in to shore. He steals one load and goes about selling it so his mother can afford to quit her job.