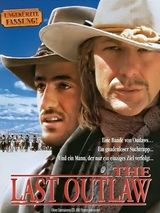 The story follows a band of former Confederate soldiers who were part of a cavalry unit. Their commander, Graff (Rourke) had once been a heroic and staunch supporter of the southern cause, but after losing his family he became cold hearted and ruthless. His second in command is Eustis (Mulroney), whom Graff has trained on the strategies of leadership and combat command.