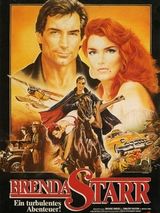 Mike is a struggling artist who draws the 'Brenda Starr' strip for the papers. When Brenda comes to life in the strip and sees how unappreciated she is by Mike, she leaves the strip. To get her back, and keep his job, Mike draws himself into the strip. In her world, Brenda Starr is the Ace Reporter for the New York Flash. She is talented, fearless, smart and a very snappy dresser. The only competition she has is from the rival paper's top reporter Libby Lipscomb. Brenda heads to the Amazon jungle to find a scientist with a secret formula which will create cheap and powerful gas from ordinary water. (This movie was filmed in 1986 but release was delayed for several years.) 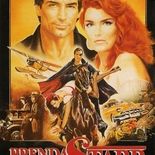 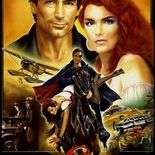