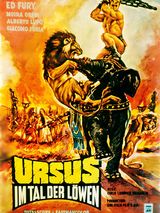 Bodybuilder Ed Fury stars as the legendary Ursus in this above-average sword-and-sandal adventure from veteran director Carlo Campogalliani. The plot concerns Ursus' attempts to rescue his kidnapped fiancee, aided by a pretty blind slave girl. Now an evil queen, Ursus' former love throws him into a gladiatorial arena with a bull, which manages to smack the slave girl in the head and restore her eyesight before Ursus defeats it and his enemies. The bullfight is particularly well-staged, and this exciting spectacle may be the highlight of Fury's erratic screen career. ~ Robert Firsching, Rovi 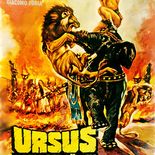 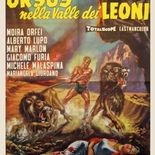