Tom Acton: a strict but loving father whose only wish is for a safe, kind world for his family. His main worry: his l9·year old daughter, Kathy, a pretty and flirtatious girl who thinks nothing of having an affair with a married man. Even worse, she suspects that an old boyfriend is stalking her. Then one day, Kathy goes missing. Tom and his wife, Carol, are convinced that Kathy has been abducted and are devastated when the police find a body, shot to death and horribly mutilated. The Actons refuse to believe it could be Kathy, but as the police detective assigned to the case begins to dig deeper, he confronts Carol with a terrible possibility, that the truth behind the killing could lie very close to home. 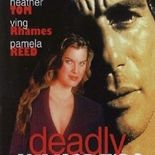