Boris Arkadin is a horror film maker. His pregnant wife was brutally murdered by a Manson-like gang of hippy psychopaths during the 1960s. He becomes a virtual recluse - until years later he directs his own snuff inspired movies. He invites actors to take part in an audition at his country manor house - blurring the lines of what is real and what is fiction. Written by Alex L (IMDB) 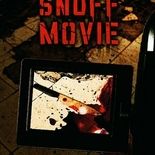