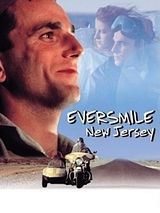 Traveling dentist O'Connell traverses South America on his motorcycle for the 'Eversmile' foundation of New Jersey, in a fight not only against caries, but also against fear, ignorance, indifference - and established antediluvian dentists. During a stop at a lonesome garage he meets Estella, who is supposed to marry a few days later. However she'd rather come with him - to meet a former boyfriend in another town, she says. Expecting problems, he refuses to take her, but she tricks him into it and then tries hard to convince him of her qualities and let her stay with him.