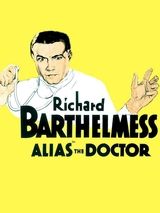 Karl is the workaholic adopted son while Stephan is the lazy one. They both go to Munich to study medicine and Karl is at the top of the class while Stephan is barely passing. When Stephan's actions causes the death of Anna, Karl is the one who takes the wrap and three years in prison. When he gets out, he finds Stephan is dead and a sick child needs an operation and he does brilliant surgery. This gets him noticed and his mother tells them that he is Stephan Brenner, not Karl Brenner. She tells Karl that he must cure sickness in the world. But, being that he is Stephan, he can no longer marry Lottie, as she is now his sister.