The film is a biography of Giuseppe Tomasi (Bouquet), the prince of Lampedusa, who is the author of Il gattopardo, one of the most influential Italian novel of XX century and is adapted on screen by Visconti, THE LEOPARD (1963, 8/10). Directed by Roberto Andò, a native from Palermo, stars two French cinema icons Bouquet and Moreau (as the princess Licy). 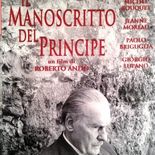