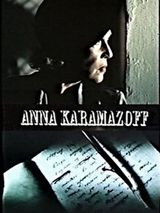 This film is of interest primarily because it contains within it the entire surviving footage of an unfinished 1974 film by the same director, Slave of Love, which was successfully remade shortly thereafter by another director, Nikita Mikhalkov.The "cover" story is about a woman (Jeanne Moreau) newly released from prison camps in the 1940s back into Russian society, who finds that there is no place for her in the world she has come back to. However, this painterly film is so filled with striking and surreal imagery that it would be misleading to say that the story is of any great importance in relation to that.