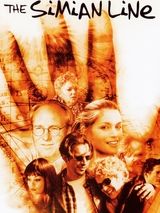 The Simian Line is an American improvisational film, released in 2001. When Katharine (Lynn Redgrave) throws a party on Halloween, a psychic called Arnita (Tyne Daly) predicts that one of the three couples present at the party will break up by the end of the year. The guests don't take her seriously. Arnita doesn't tell them that she can see a fourth couple at the party, the long dead Mae (Samantha Mathis) and Edward (William Hurt). As days go by, Katharine grows increasingly jealous of her lover Rick (Harry Connick, Jr.), and his flirting with her neighbor Sandra (Cindy Crawford). Sandra is married to Paul (Jamey Sheridan). Marta (Monica Keena) and Billy (Dylan Bruno) are rock musicians who live in the same building as Katharine. 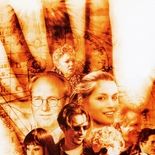 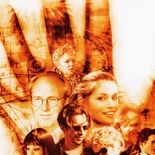