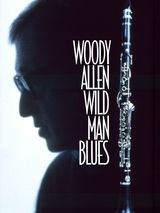 Wild Man Blues is a 1998 documentary film directed by Barbara Kopple, about the musical avocation of actor/director/comic Woody Allen. The film takes its name from a jazz composition sometimes attributed to Jelly Roll Morton and sometimes to Louis Armstrong and recorded by both (among others). Allen's love of early 20th century New Orleans music is depicted through his 1996 tour of Europe with his New Orleans Jazz Band. Allen has played clarinet with this band for over 25 years. Although Allen's European tour is the film's primary focus, it was also notable as the first major public showcase for Allen's relationship with Soon-Yi Previn.