Marie (Marlene Jobert) is a pretty female physician who attracts the strong romantic interest of two brothers during World War I in this uninspired drama by Gérard Vergez. The brothers meet her when she is on duty in Turkey -- one brother is stationed there and the other becomes her ambulance driver. Since Marie has just lost her husband in combat, she is not at first open to another relationship but finally begins an affair with the older brother. Jealousy rears its ugly head, and the younger and older brother start to compete for her favors. She is eventually separated from the two brothers after the oldest -- imprisoned for supposed sympathy with the Russians -- is sprung from jail. Marie is later imprisoned herself, and it will be a long time before she is able to find out the fate of those she knew during the days of combat, including the two brothers. 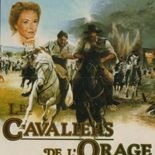