On a volé Charlie Spencer! 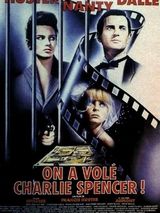 Synopsis On a volé Charlie Spencer!

Students of film history will appreciate the many tributes to famous films of yore which appear in this first-time feature directed and written by former drama teacher Francis Huster. In the story, a mild-mannered bank clerk has heroic dreams of being a real he-man. Given his diffident, shy nature, it comes as a bit of a surprise that not only does he actually have a girlfriend, but he has managed to get her pregnant. However, she doesn't fit his image of himself, and he can't bring himself to marry her. When the bank he works in is robbed by a daring group which includes a magnetically attractive woman, the clerk throws his lot in with them and becomes an outlaw.