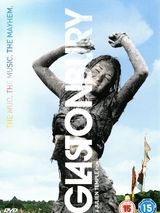 Julien Temple's 2006 documentary film about the famous music festival from 1970 to 2005, featuring performances from artists such as David Bowie, Bjork, Blur, Oasis and Coldplay. The film is made up of footage shot by Temple at the festival in 2002, 2003, 2004 and 2005, as well as footage sent in by festival goers after a request on websites and newspapers for footage. Temple had initially only agreed to make a film of the 2002 festival after organiser Michael Eavis expressed concern that that would be the last year of the festival. Temple then realised that he wanted to make a film detailing the full history of the festival. The film also includes footage shot by Channel 4 and the BBC during their coverage of the festival since 1994. Text from Wikipedia.