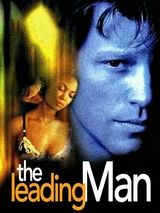 Successful playwright Felix Webb has a new play, 'The Hit Man', in rehearsal. Directed by his old friend Humphrey, it is already being hailed as a masterpiece; but Felix can't enjoy his success. He has fallen passionately in love with Hilary, a beautiful, fiesty young actress, and is preparing to desert his perfect family, his wife Elena and three lively children. His intolerable situation is further complicated when Humphrey casts Hilary as one of the leads in 'The Hit Man'. Enter Robin Grange, a charismatic young Hollywood actor making his London theatre debut. Robin is attractive, charming and dangerous, and soon inveigles his way into everyone's life. He ingratiates himself with the cast and, quickly grasping Felix's dilemma, sets about weaving his web of mischief. He suggests that if he were to seduce Elena, she would be distracted from Felix's affair, regain her self respect, and perhaps even willingly part from the unfaithful husband to whom she clings...