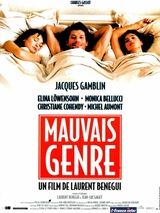 The film's title is a pun, the double meaning referencing both the "wrong genre" and a person with distasteful motives. Insecure novelist Martial Bok (Jacques Gamblin) promotes his new sexy novel La Fille de Dos ("Girl Observed From the Rear") with a round of book-signings and talk-shows. When beautiful hat designer Camille (Monica Bellucci) buys the book, Martial follows her and spies on her as she reads his book and removes her clothing. It's the beginning of his obsession and also an inspiration. After Martial's live-in girlfriend Lucie (Elina Lowensohn) establishes contact with Camille for real, Martial is able to type out another sexy manuscript. 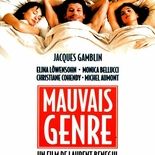 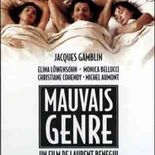