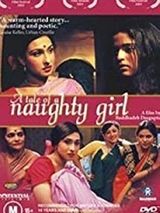 Based on a short story by Bengali writer Prafulla Roy, the central idea developed by director Dasgupta, tells the story of a girl, Lati, whose mother Rajani is a prostitute living and working in a brothel in rural India. Rajani plans to offer her daughter to an older man, a rich husband and protector to her daughter. Lati, however, wants to return to school and finish her studies. Unwilling to pay such a price for material success, she runs away to Calcutta. The discovery of this new world is described parallel to other stories of emancipation, such as that of three young prostitutes, of an aged couple going nowhere and man's n landing on the moon. In a surrealistic approach typical of the director, a clumsy cat and an intelligent donkey are also present in the film.